27th April 2016 in Property Market Updates
27 April 2016, Dubai-based real estate developer Emaar Properties had denied news reports of separation with MGF Development, its 49 per cent Indian joint venture partner in Emaar MGF Land. Back then, Emaar better known for constructing the worlds tallest building, Burj Khalifa had termed India as a key market and rubbished speculation of a break up.Barely nine months later, the company told the stock exchange that it had decided to part ways with MGF Development through a process of demerger which is expected to take a few months.Going forward, the Emaar-MGF joint venture may be vertically split into two with each partner being in-charge of its own business. So far, Emaar has invested about Rs 8,500 crore in the Indian real estate market.This split is of significance to the Indian real estate market not because Emaar MGF Land is a significant player owning over 7,400 acres across 24 cities, but the company has around 53 ongoing projects at various stages of completion.So who will complete the projects? Which entity will get the ownership of existing projects and which will own the land bank? These are some relevant questions arising out of the proposed demerger announcement. If one is to go by what Emaar has told the Dubai Financial Market, the reorganisation between Emaar and MGF will lend greater focus to its Indian operations. The move will help both parties develop the potential for business expansion in India. If this actually happens, it will be a good news for homebuyers. After all, Emaar is a proven name in Dubai. As per the market buzz, the company will get to complete not just the ongoing projects but focus on housing and commercial projects too. MGF is expected to get a portion of the land bank estimated to be worth around Rs 8,000 crore.

The decade-long partnership had its share of weak moments. For instance, in 2010, Emaar MGF was at the centre of criticism over inferior quality construction of the Commonwealth Games Village. Its plan to raise capital from the market also could not materialise despite two serious efforts. Presently, its still engaged in completing a large number of residential and commercial projects spread across Chennai, Hyderabad, Gurgaon, Lucknow, Indore, and Mohali, among other cities.

Emaar Mgf recently unveiled plans for a tower which would surpass Burj Khalifa in height. India can only hope to get more serious attention from Emaar now that it will have far greater flexibility. 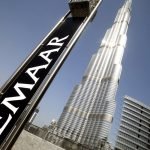 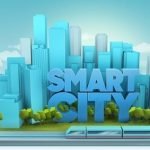